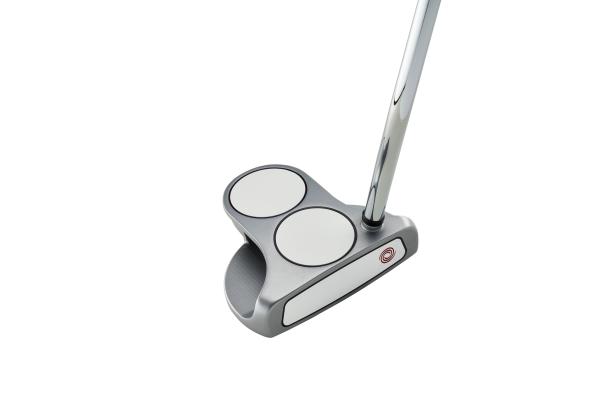 WHAT YOU NEED TO KNOW: Odyssey’s newest putter family is a return to nearly its oldest. First introduced in 2000, the company’s distinctive two-part urethane insert still is the more preferred insert used by tour players even though it’s long not been part of any new line from the company. The new White Hot OG (that’s right, “Original Gangster”) incorporates the original insert’s exact composition in a lineup of classic Odyssey head shapes, including the No. 7, the Rossie and of course, the OG of OGs, the 2-Ball.

THE DEEP DIVE: The old adage in sales is “the customer is always right.” But that isn’t exactly how a club designer always thinks. Rather, the inventor is always in search of “better.” What currently exists certainly always can be improved upon. But sometimes the engineer listens to the customer and discovers the “better” in what already was.

So when you look at Odyssey’s new White Hot OG line of putters and wonder why the insert is a return to exactly the same insert the company first introduced over two decades ago, it isn’t just because people and tour players kept asking for it. It’s because Odyssey’s team figured out why it still works better than anything they’ve introduced since. (At the risk of sounding like Dr. Rick in the Progressive Insurance commercials, the “OG” in the name stands for “Original Gangster,” initials made popular when Ice-T was just a rap artist and not a Law & Order regular back in the early 1990s.)

Back then, the White Hot insert grew from a collaboration between Callaway’s nascent golf ball operation and its newly acquired putter company famous for its insert putters. The insert material was a two-part cast urethane mixture pressed into sheets that matched the golf ball cover material on the first Callaway golf ball, the Rule 35.

Sean Toulon, Callaway senior vice president and Odyssey general manager, explains it in clearest terms about the decision to go backwards as a way to move forward. He says that in a typical week of the 120 or so players using Odyssey putters on the PGA Tour and European Tour 60 percent might still be using that original insert in their putters.

“At some point you have to look at all those putters in play each week and say, ‘We’ve got to do something about that,’ and so we did,” Toulon said. “We thought what they were reacting to was the hardness. Turns out it was a lot more than that.”

When the company’s team began re-examining why White Hot works, what it found was the makeup of the material produced a distinct “flex modulus.” In plastics, this is basically how a material resists bending when a force is applied, like the impact of a ball from a putting stroke. “Where White Hot is for flex modulus is in a completely different place than most plastic urethane materials that you can just get off the shelf from any manufacturer,” said Patrick Dawson, manager of research and development for putters at Odyssey.

“What we found in our testing,” Dawson said, “is that putts all across the face with the White Hot insert were always going to sound in that same ballpark, whereas on a steel face putter even though you put the same stroke on it you might hear a slight ring or have a much more dramatic change in tone which could lead you to question whether you hit it right.”

Sticking with what works continued with the eight models in the White Hot OG line. They include the plumber’s neck heel-toe weighted blade (No. 1), as well as trend-setting mallets like the classic Rossie, the heel-toe winged No. 7, and the OG of putter OGs, the 2-Ball.

The White Hot OG putters, which feature cast stainless steel bodies with a machined finish for more premium looks than they did when they were first introduced 21 years ago, will include a standard steel stepless shaft and an optional upgrade to a new version of Odyssey’s Stroke Lab shaft. The combination graphite-and-steel-tipped design is seven grams lighter but stiffer to further improve consistency in the stroke. Dawson said the new Stroke Lab yielded more consistency in tempo, path and impact location.

Wilson’s new D9 irons include new features designed to get every yard possible
クォーター理論 Theory of quarter circle.Golf Lesson.
Max Homa, Tony Finau put golf fans in an impossible spot through 54 holes at AMEX
Phil Mickelson just did something he’d never done in 2,200 rounds on PGA Tour
The Day 1 leader at The American Express is so out of nowhere he wasn’t even in the field on Monday