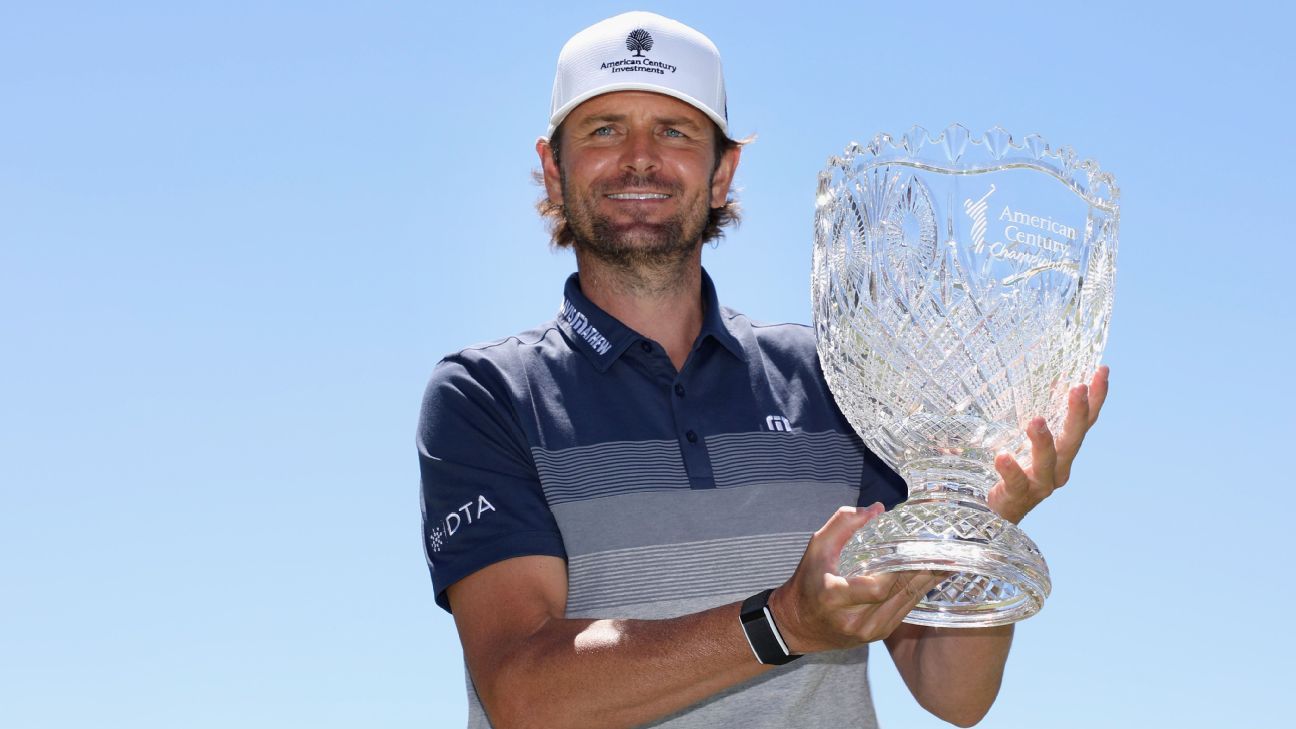 The celebrity tournament was played without fans at Edgewood Tahoe Golf Course because of the coronavirus pandemic. The $600,000 purse and additional money will be donated to organizations supporting COVID-19 relief efforts, the Equal Justice Initiative and Lake Tahoe regional non-profits.

Fish birdied the par-5 16th and 18th holes for a 21-point day and 76-point total — nine better than Williams — under the modified Stableford scoring system.

On Saturday, Fish birdied the final five holes for a course-record 9-under 63 and event-record 37-point round. The left-hander won after finishing in the top five five times in his previous six starts.

The nearly 300-pound Williams was trying to become the first lineman to win the event. He had 15 points in the final round.

“I’m happy for Mardy,” Williams said. “I don’t like that he did it at my expense, but he was the best player this week.”

Hall of Fame pitcher John Smoltz was third with 58 points after a 21-point round.

“Mardy played fearless. He played relentless,” Smoltz said. “He didn’t change his theory and it ended up working out.”

Golden State star Stephen Curry was fourth. He closed with a 26-point day to finish with 56 points.

Former Dallas quarterback Tony Romo, the winner the last two years, withdrew after injuring a wrist late in the second round Saturday. He was tied for fourth after two rounds.